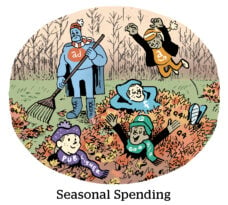 Amazon Live hasn’t gained much traction with influencers or product review publishers and their valuable audiences.

Amazon had hoped that a large number of live video programs produced by the publisher would drive Cyber ​​Monday shoppers to the live content and discovery service. But many publishers were reluctant to jump in after Amazon presented its somewhat vague plan that contained no strategic guide to attracting or monetizing an audience or even any general goals beyond promoting the direct service.

This is a huge problem given the transient nature of the live content. There is not much benefit after the session is over. To make matters worse, Amazon “has nothing to share about how to build an audience,” an anonymous source Tell Digiday.

This isn’t the first time that the efforts of an Amazon publisher or creator have been lost in translation. Earlier this year, publishers’ hopes for Amazon (the on-site publishing program) were raised and dashed by measurement errors. Publishers have also been kept informed of optimization tests and sudden changes. Perhaps most egregiously, publishers have already noticed that their content on Amazon, such as product guides, has been reduced or replaced with Amazon brand reviews, prompting fears that Amazon will abandon its products once their usefulness has expired.

The principle of reciprocity is straightforward: people feel a duty to repay a service or a charitable gesture. An art studio might offer wine and cheese for free because if it makes customers more partly open to the idea of ​​buying an expensive piece, those free happy hours pay off well.

Web designers and publishers should too Live more reciprocityAccording to Therese Fessenden, chief user experience specialist at Nielsen Norman Group, a user experience consulting firm. For example, when site visitors are greeted with paywalls or login requests, the first thing users face is a request to access the content. “People often resent this, and may not be cooperative or cooperative as a result,” Fessenden said.

Publishers need to flip this script, so that users feel that they are giving their data in return for the content or services already received.

One way is to require a login notification only after users have browsed multiple articles or pages. This may mean fewer opportunities to collect data – but it results in a stronger audience from which the publisher can demand data as a mutual interest, rather than as a pre-order.

Google failed in November after an apparent search algorithm update reduced traffic to product review sites. But Google has Posted an update That algorithm should change in the form of two new best practices to help raise the bar for product review pages and publishers with affiliate links.

One recommendation is to create visuals, audio, or other links that document how the product was tested, rather than compiling product descriptions or reviews. Original content “supports your expertise and enhances the credibility of your review,” according to Google.

Another best practice is to “include links to multiple sellers to give the reader the option to buy from the merchant of his choice”. Google places this suggestion as a matter of user choice. But it’s great for Amazon, the go-to option for affiliate links. More people have Amazon accounts than any other online retailer and their product pages have the highest conversion rates.

By forcing publishers (or recommending them…

But wait there is more!

The liability shield that protects online platforms from liability for the content they host is under siege. [WSJ]

Their CPG giants release their likeness directly to the consumer. Do consumers buy? [Thingtesting]

Speaking of CPG, Catalina, the provider of shopper intelligence, is partnering with GSTV, which has a network of video screens at gas stations to try to cash in on retail media dollars. [release]

Alternative cookie keeper Prebid adds executives from News Corp and Mediavine to its board. [Adweek]

Neil Heyman returns to Accenture as global chief creative officer after a stint at Publicis. [Campaign]